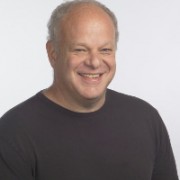 There were only glum faces around our Thanksgiving table this year. Hillary Clinton supporters all, my kids and their mates saw nothing to be thankful for. The specter of Donald Trump ascending to the most powerful position in the world cast a pall over the day and my kids—ranging in age from thirteen to twenty-seven—said with one voice that they had nothing to be optimistic about.

But I disagreed and I said so.

You likely feel the same way as my children, so let me start with a quiz:

Britons were asked the first question in 2015, and 5% said “better,” 71% said “worse,” 18% said “not changing.” 66% of Americans asked the second question said that world poverty had doubled while only 5% said it had been halved---which is the accurate answer.

Most people think this is a pretty bad world and few think it is getting better. The American election has amplified this pessimism. Small wonder: contemporary political fires are fueled by claims of misery and suffering: the latest terrorist attack, murders of policemen, despair in the inner city, and rape by immigrant criminals.

Donald Trump, the candidate who painted the darker picture, won. By my count his nomination acceptance speech referred to far more bad events than any candidate in modern history. William Jennings Bryan came in a distant second in 1900. Horrific events, trumpeted by politicians and repeated tirelessly by media, become the available stuff for our perceptions and our theory of the world. But it is the long view, the statistics, not the stories, that really tell the story. The long view is the more accurate compass for thinking about the future.

Bertrand Russell told us that the mark of a civilized human being was the ability to read a column of numbers and then weep. There are statistics aplenty to weep over. To name just a few:

But before we are overwhelmed by awfulness, we should temper our sorrow for a moment and ask about the good stuff? Perhaps another mark of civilization is the reading of a column of numbers and then dancing for joy.

Johan Norberg’s (2016) Progress: Ten Reasons to Look Forward to the Future (London: OneWorld) is an invitation for civilized people to dance for joy this very Thanksgiving. Norberg reviews the state of all the major externalities that we care most about and how they have changed over time. I highlight a representative statistic from each here:

These numbers are the right ones to mull this Thanksgiving and they make me dance with joy.

Donald Trump now inherits the leadership of a much better world than the one he was born into and a much, much better world than his ancestors were born into. The upward envelope of human progress is the most basic political fact of the last five hundred years. Will President Trump rise to the occasion? I make no prediction. Strangely there is no psychological research on who rises to the occasion from otherwise inauspicious backgrounds, who does not change, and who is corrupted by the power of high office. Harry Truman and Theodore Roosevelt rose, surprisingly, to greatness.

But the march of human progress—balky and imperfect and woefully incomplete as it is--fills me with optimism.