Positive Psychotherapy (PPT) is a therapeutic approach based on the principles of positive psychology. PPT supplements traditional psychotherapy approaches that focus on deficits.

Research indicates that men and women have different reactions to stress, which affects their ability to accurately tune into others. Distinguishing one’s own thoughts and feelings from another person’s plays an important role in crucial social skills, such as understanding and empathy.

The World Happiness Report is a landmark survey of the state of global happiness.

Data-driven analysis of billions of words confirms a universal bias in favor of happy words.

Big Data methods applied to sources as varied as Korean Twitter feeds and Russian literature suggest that positive social interaction is built into human language. This so-called “Pollyanna Hypothesis," first proposed by University of Illinois psychologists in 1969, asserts that there is a universal human tendency to use positive words more frequently and diversely than negative words when communicating. 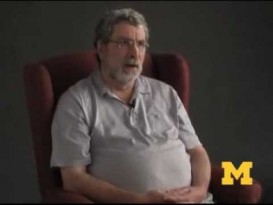 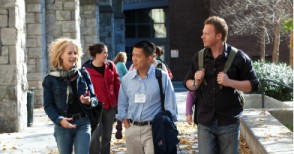 Learn to apply the principles and tools of positive psychology to any professional domain or as preparation for further study in a Ph.D., M.D., or J.D. program, in the Master of Applied Positive Psychology program at the University of Pennsylvania.